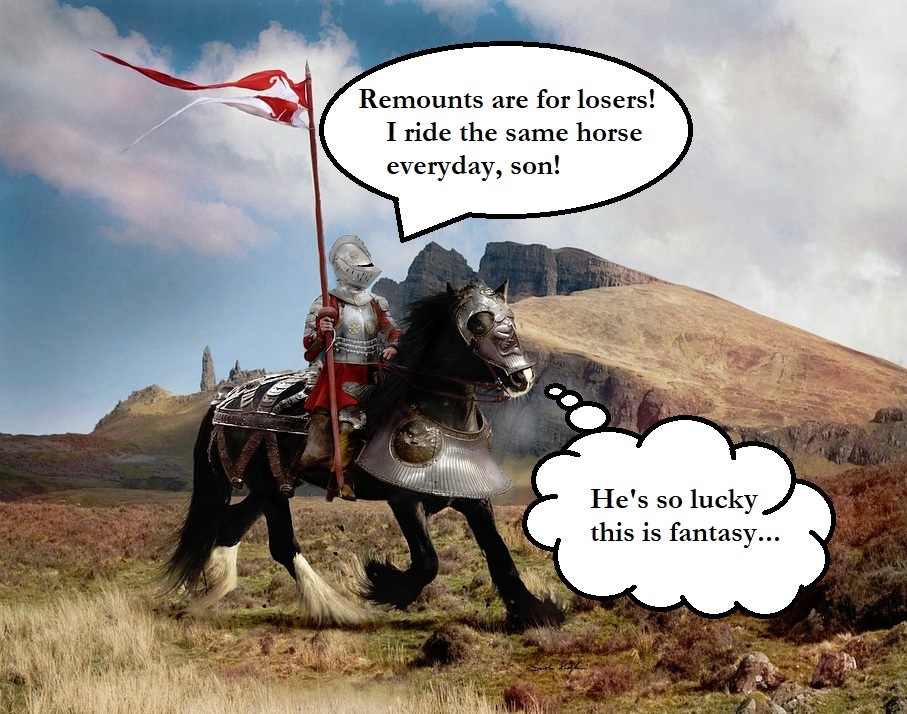 Why Fantasy Knights Are Unrealistic: Facts & Myths About Knights

The classic fantasy knight is a wonderful invention, simple in design and easy to write. They are heroes of the battlefield, loyal to their kings, and there is a lot we can learn from the Middle Ages by reading about them. Generally speaking, however, they are very far from the real medieval knight and if they were presented more realistically we could learn a whole lot more. Not every knight was a hedge knight or a knight errant (none of them were). Real knights had their sh*t together. So how can we make our fantasy knights more like the real knights of the Middle Ages? If there’s one thing reading dry history books and attending university lectures has taught me, it’s how to answer that question! So here are four ways you can make your fantasy knights a whole lot more realistic and historically accurate! And, thank the good gods, none of them have to do with tournaments and damsels in distress!

(dubs, allegiances, beneficia and the evolution of the knight)

In the so-called Dark Ages or Migration Period in Late Antiquity, knights didn’t quite exist yet. The nearest equivalent would be members of a king’s comitatus like in Merovingian Gaul for instance (6th and 7th centuries). These burly men, chosen for their loyalty and heroic feats, slept in the gift-giving hall with their lord like dogs. They received military equipment and golden arm-bands from their king as payment for protecting him and staying by his side at all times like bodyguards. It wasn’t until the Carolingian Period (8th and 9th centuries) or the Early Middle Ages when knights as we know them today would rise to the occasion. Charlemagne performed accolades (dubbing ceremonies) and in return for military service the men he dubbed would be granted a fief (a feudum or beneficium).

Essentially, knights were retainers and vassals. Their fiefs came with livestock and peasants and would create residual revenue so long as they were well maintained. Knights also had private jurisdiction on their fiefs, which meant their word was law, and very rarely would crimes committed on their vill (manor) make it all the way to the royal or ecclesiastical courts. FYI, the Church was the largest landowner and richer than most kings combined, and so to have some land of your own was a big deal, hence a knight’s high status. 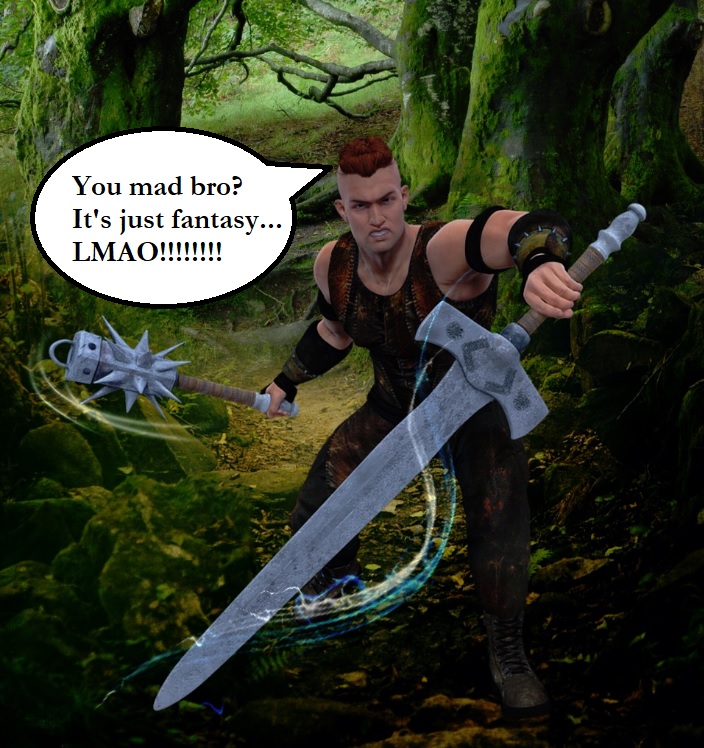 Before Charlemagne, these fiefs were mostly granted “in chief of the king” (under hariot) which meant that once the knight died his fief would go back to the king’s ownership. In order to receive these fiefs and be dubbed a knight, these brave men would have to swear an oath of allegiance to be ready and available when summoned by their king for battle or escort. By the High Middle Ages, new systems of vassalage were developed and fiefs would no longer be granted in chief of the king but would rather be passed down to the knight’s eldest son, a hereditary system called primogeniture. Things got a lot more complex and complicated with such things as widowhood, wardship and “indivisible fiefs” entering the picture, not to mention knights being vassal to more than one lord, but you got the gist of the knight’s evolution now, I hope.

In medieval fantasy, writers often forget that a knight, however powerful he was, and however rich he was from all the revenue his manor produced, was rarely on the battlefield. In the Early and High Middle Ages, you’d be lucky to see a full-blown war once or twice in your lifetime, and more often than not a knight was extremely busy managing mundane affairs (unless he was lazy, of course). When a war did arise he would be summoned and so would a great deal of his own resources like additional men-at-arms for instance. Depending on the oath he made to his lord or king, a knight could only be summoned so many times and was only obliged to bring so much support along with him.

Here’s a solidifying point to keep in mind: many knights would have secondary titles like Keeper of the Fair or Chief Officer of the Shire. Maintaining their own fief or fiefs was sometimes the easy side of their work, as they would be busy with all kinds of other regal and/or seasonal business. 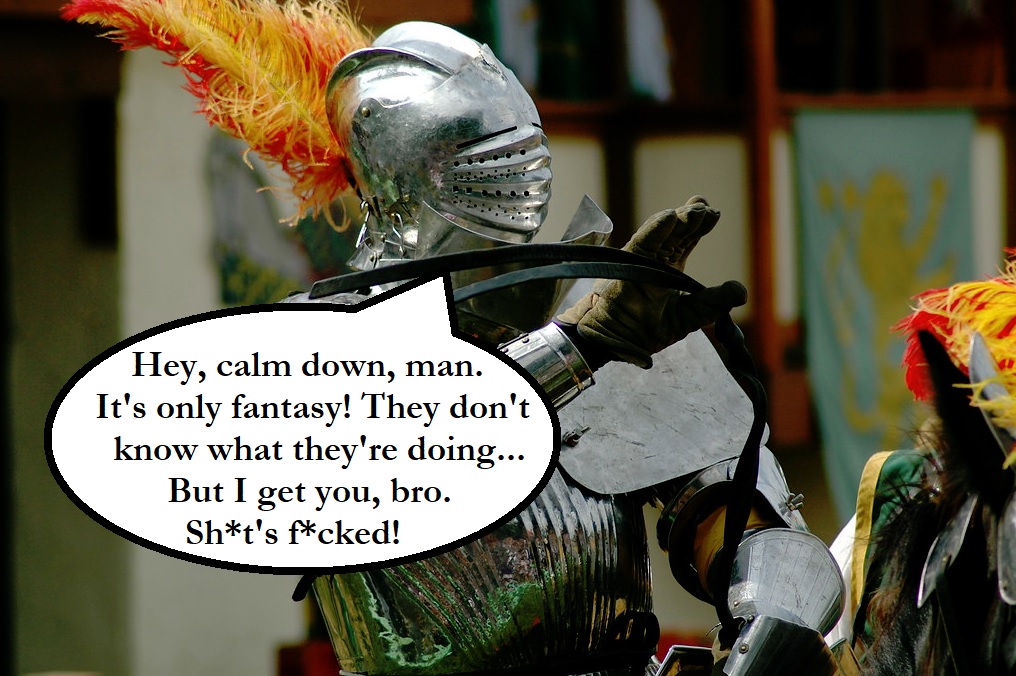 #2: Knights had Pages and Squires Galore!

(the art of knightly travel)

Traveling as a knight in the Middle Ages was not as easy as Don Quixote makes it out to be, and he was just faking it. Hedge knights and knights errant are famous from the songs but a real knight with serious business to take care of would have a much larger retinue than one lack-wit squire. Managing long distance travel as a knight was a strenuous, mind-draining task. At every stopover horses would need to be groomed, squires would need to be hosteled and dinner would need to be served.

Why would a knight be traveling if not on the king’s business? Often a knight would have more than one hunk of land, and trusting stewards to do everything without checking on them was a bad idea, as stewards could turn corrupt and you wouldn’t want your own garrison stealing from your coffers when you weren’t in residence.

By the Late Middle Ages, when warfare was more prevalent, a knight might be as powerful as a king had been in the Early Middle Ages, holding vast forests and competing with bishops and cardinals. All this I mention because we must picture a knight on the road as being quite a display, as pages and squires nipped at his spurs like lactating cats. Knights, being typically of noble birth, were highly educated, generally speaking, and would have knowledge of everything from healing herbs and heraldry to literature and mapping, not to mention business and commerce. Traveling would be a great opportunity to teach squires the tricks of the trade. In other words, there was a whole lot of work to do. For example, pages would often be cup-bearers and squires would assist with everything from stabling horses and oiling arms and armor to pitching pavilions (a medieval tent for campaigning) and singing songs. 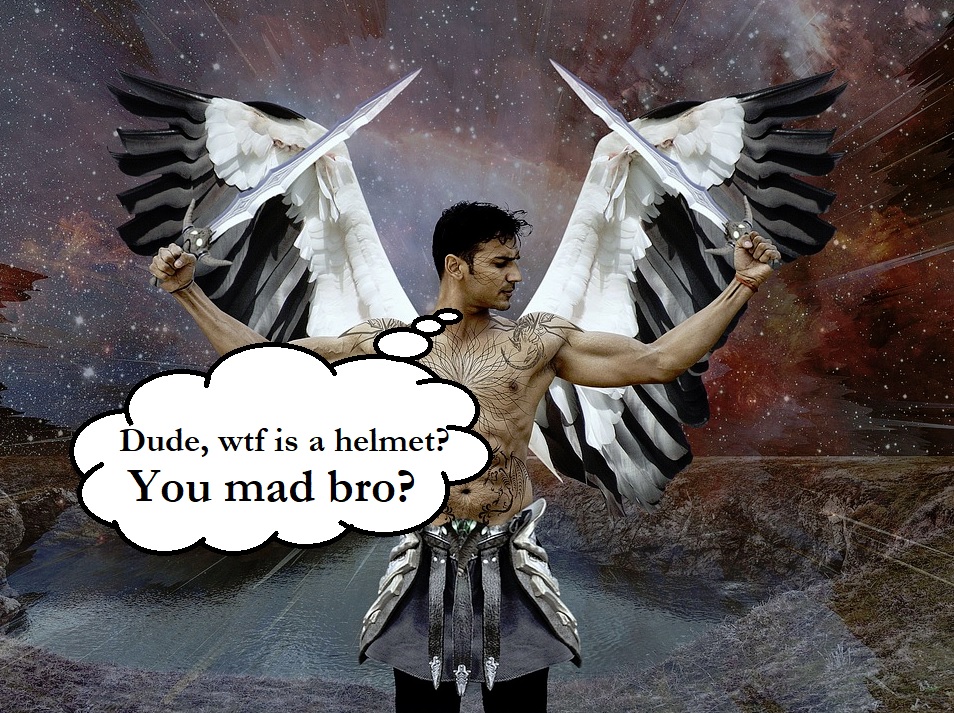 #3: Knights Traveled to the Battlefield with More than One Horse!

Riding a warhorse or destrier is chafing on the arse, and more often than not a knight would ride a smaller horse to the battlefield and then switch to his warhorse once he was ready to mount for a charge. This did more than prevent unnecessary chafing. Carrying someone on your back all day is a laborious task, even for a horse. Arriving on the scene with a remount, shipshape and ready for action supplied a huge benefit over the sore men-at-arms who couldn’t afford such luxuries.

Often in fantasy a knight rides the same horse throughout the entire book and the horse even has some fantastic name like Rocinante or Veillantif. But in reality, you better make sure you have a remount or two because that horse you loved enough to christen could get hamstrung, hoof-rot, over-ridden, diseased, bowlegged, et cetera.

Weapons: Fantasy writers often think of a knight as always wielding a sword, or so it seems, but a sword was just a sidearm. A knight wouldn’t whip his sword out of its scabbard until his primary weapon–usually some sort of polearm–was broken in battle or purposely discarded in close-quarter combat. So when we see a knight riding with a drawn sword, we must assume that he already lost his primary weapon, because to charge a footman with a sword when you could use something like a spear or a lance is foolhardy, especially when a sword is much more expensive to make and maintain than most pole-arms. With that said, however, this was still done, albeit more commonly with sabers, not arming swords.

In fantasy we see everything from carrying swords on the back to cutting through hardened steel armor, but there’re already a thousand guys on the internet ranting about those inaccuracies (FML, I’m one of them).

For more info on why fantasy swords are unrealistic you can check out a separate post I made or watch more awesome Skallagrim and Shadiversity YouTube videos.

Armor: Fantasy armor is awesome, but in most cases it would only hinder you in real life. Sometimes it’s possible for a fantasy illustrator to design armor that would actually be functional, but most of the time it isn’t. I’ve already covered why fantasy armor is unrealistic in a separate post, so feel free to check that out. I will just say one quick thing though: at least put a damned helmet on! And watch this video by the Metatron if you want to see real medieval knight armor that is just as awesome as fantasy armor. Now to technique! 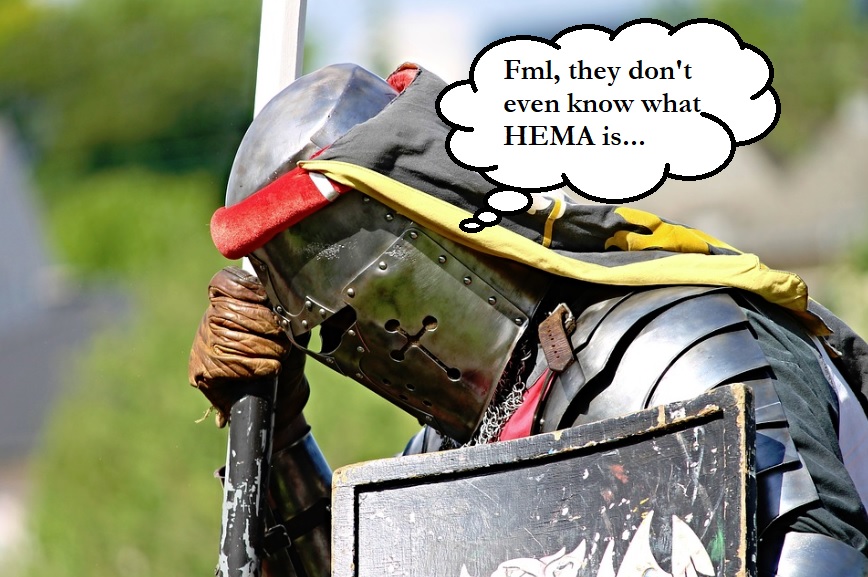 Technique: The acronym HEMA didn’t exist in medieval times, just like the word “medieval” itself didn’t exist until Petrarch invented it, probably after one too many cups of wine. But I bet medieval people at least had their own word for “common sense.” To pull Xena-fashion telegraphing and Witcher-style pirouettes in a real medieval duel or battlefield would be like landing on D-Day with paintball guns. Seriously… I’m not exaggerating. Once again, this is a topic I’ve rambled on about enough already, and you can read more about the lack of realistic sword fighting in popular media here.

So there we have four ways we can make our fantasy knights a little more realistic. I hope you learned something to make your fantasy universe more believable or to make your fantasy reading endeavors more comical. Trust me, there’s a good reason why I mostly read historical fiction and history textbooks. Until next time, happy daydreaming!

Bonus: Here’s a great video by the Metatron about Burgundian knight armor to prove that real historical armor can be just as awesome as fantasy armor.

Do you enjoy realistic depictions of knights in medieval fantasy? Subscribe to my newsletter to hear about fantasy book releases in the future!

Processing…
Success! You're on the list.
Whoops! There was an error and we couldn't process your subscription. Please reload the page and try again.
Advertisements

8 thoughts on “Why Fantasy Knights Are Unrealistic: Facts & Myths About Knights”