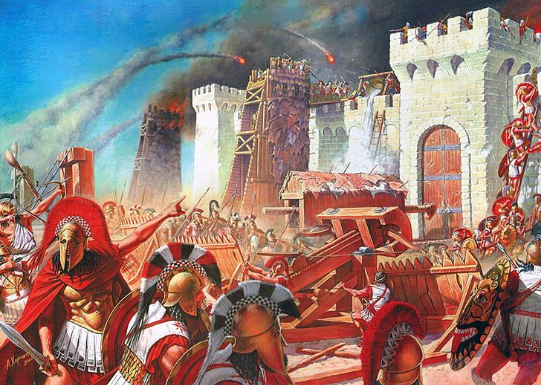 Springalds versus Ballistae – What is the Mechanical Difference?

What is a springald? And how does it differ from a ballista?

This is not a historical lesson with dates and events, but a mechanical lesson to explain the physical differences between these two magnificent ancient artillery weapons. Both of them worked so well they were still used throughout Middle Ages as weapons is siege-craft.

Springalds and ballistae are both “catapults” that loose either spear-like bolts, Greek fire or round stones. The major difference between them is in how they hold the power necessary to launch these projectiles. I would like to start by clarifying the definition of the word “catapult” because many people unknowingly confuse that word with “mangonel.” A catapult is any stationary device that uses built-up tension to fire or, in more accurate terms, loose or shoot a projectile. Like ballistae and springalds, a mangonel is a certain kind of catapult. So do not picture a mangonel every time you hear the word catapult like I did for many years 🙂 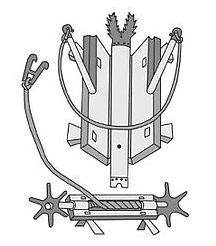 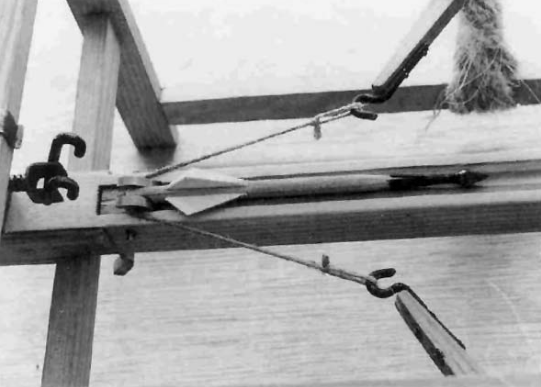 Like many arbalests or heavy crossbows, springalds use devices known as windlasses to build-up tension in skeins, bow arms and draw cords. However, springalds have inward-facing bow arms and ballistae have outward-facing bow arms. A springald, at first glance, may look odd because they are not as common in movies and video games as ballistae are. Some springalds look very similar to ballistae (their only difference being in which direction the bow arms face) but other springalds, like the example below, look like bizarre wooden cages.

Whatever the design, a springald can always be differentiated from a ballista by looking at the bow arms. Ballistae have outward-facing bow arms that are always facing outwards even when they are not bearing tension; they simply look like over-sized crossbows on mounts.

Springalds, on the other hand, when they are not bearing tension, have smaller arms that face forwards and they do not face inwards until accumulated tension bends them inwards and towards the operator using the windlass. It is easy to see how these rectangular springalds on wheels would be better for besieging because they’re maneuverable whereas the mounted ones that look like ballistae would be better for defending because they can aim downward from turrets and bastions. 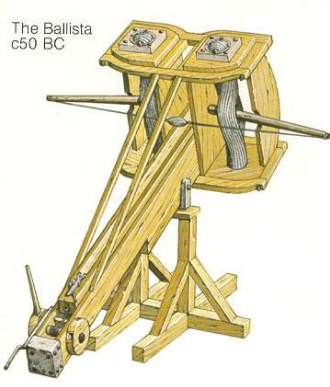 There is not much other difference between these two famed weapons of ancient war mechanically speaking, but it may be good to cap off what we’ve learned by briefly comparing a ballista to an arbalest. An arbalest is either a cranequin crossbow or a windlass crossbow. Below I will show a picture of a cranequin crossbow so you can see just how similar it is to a ballista and also how different it is from a springald. 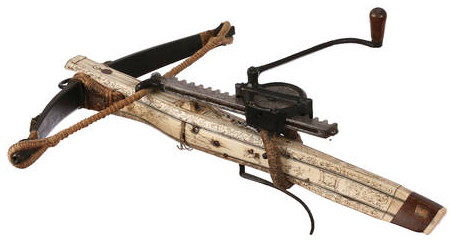 See how the bow arms of the crossbow and ballista face outwards while the springald has bow arms that face forwards until tension brings them inwards? If you see the difference, you now know what separates a springald from a ballista! Yay! Now let’s do a little test: what type of catapult is the bolt thrower in the scene of the Greek siege at the top of this article? Is it a springald or a ballista?

Thanks for reading, I hope you learned something!

Sign up to receive my newsletter to be informed when my book is finally finished!