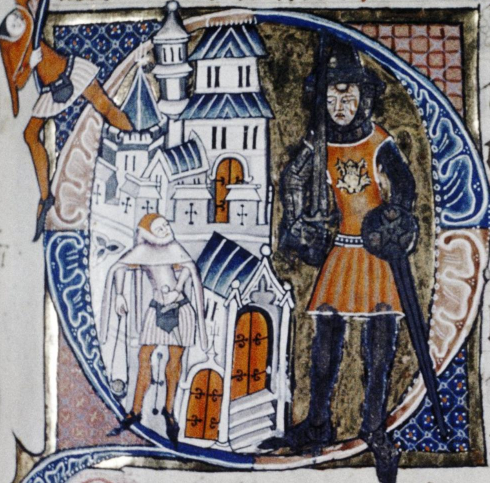 What is Medieval Fantasy for Adults? (not for kids)

When we were children it was easy for us to become enchanted by stories and films that were riddled with unrealistic scenarios and outcomes because stories designed for children and the wider audience are for the most part unrealistic on purpose. After all, fairy tales intentionally contain absolutes and one-dimensional characters because they’re important for the growth of our children’s moralities and identities. And many traditional fantasy novels, inspired by medieval fairy tales, continue this pattern of writing for children and the wider audience. If you’ve chosen the path of a medievalist or simply are passionate about medieval living you probably already know how easy it is to be dissatisfied with most medieval fantasy. There are of course gems like The Traitor Son Cycle and A Song of Ice and Fire which are intentionally inspired by actual history rather than fairy tales and these tend to grab a different audience.

I dream for medieval fantasy stories that even the most scholared of academics can not only enjoy but lose themselves in just like they do when they read manuscripts in their preferred niche. Not yet to this day is there a medieval fantasy movie deserving the description ‘realistic’ (of course excluding non-fantasy historical epics from the 1920s to 1980s like A Man for All Seasons).

Once you’ve truly delved into medieval history you too will realize how unrealistic even the newest of medieval films and TV shows really are. For instance the movie Ironclad has thatch that’s only as thick as my thumb; The Last Kingdom shows everyone, even the rich, wearing drab-colored clothing; Game of Thrones, perhaps worst of all despite its reputation, shows swords stabbing through breastplates!

Realistic fantasy will never be better or worse than unrealistic fantasy because at the end of the day everyone needs something to read. Adults can enjoy a childish fantasy adventure just as much as they can enjoy an ultra realistic medieval epic. However, I’d still like to argue that medieval fantasy for adults should imitate reality and actual history, unlike fairy tales do. Because we are adults we don’t need black-and-white characters or an unrealistic good versus evil scenario to learn life lessons. A man in his 80s wouldn’t benefit from reading Robert Jordan the same way a 14-year-old would.

Fantasy for children and teenagers, or shall I say most fantasy, is riddled with misconceptions about what life in the Middle Ages was really like. And so unless our adult readers are rather childish or have childish tastes then something less childish is required to provide optimal entertainment. Frankly, all I read is historical fiction because I find it very hard to read most fantasy, and that’s coming from a fantasy writer.

Once again I make a shout out to http://manuscriptminiatures.com/ for the amazing image!

8 thoughts on “What is Medieval Fantasy for Adults? (not for kids)”