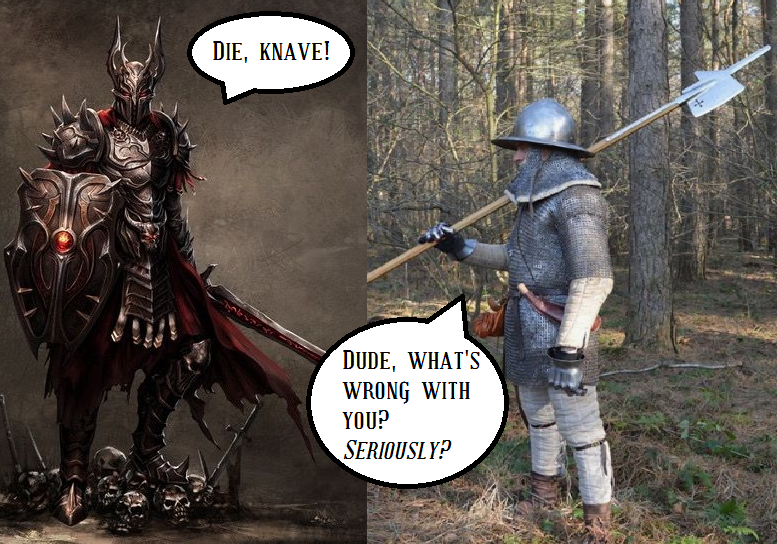 Before you hit me with “realism in fantasy only means consistency“, consider that ancient and medieval people knew what they were doing and their armor looks the way it does for very important reasons. Here I will be taking a brief look at a few popular fantasy tropes and compare them to historical reality to show you why much fantasy armor is impractical in real life. 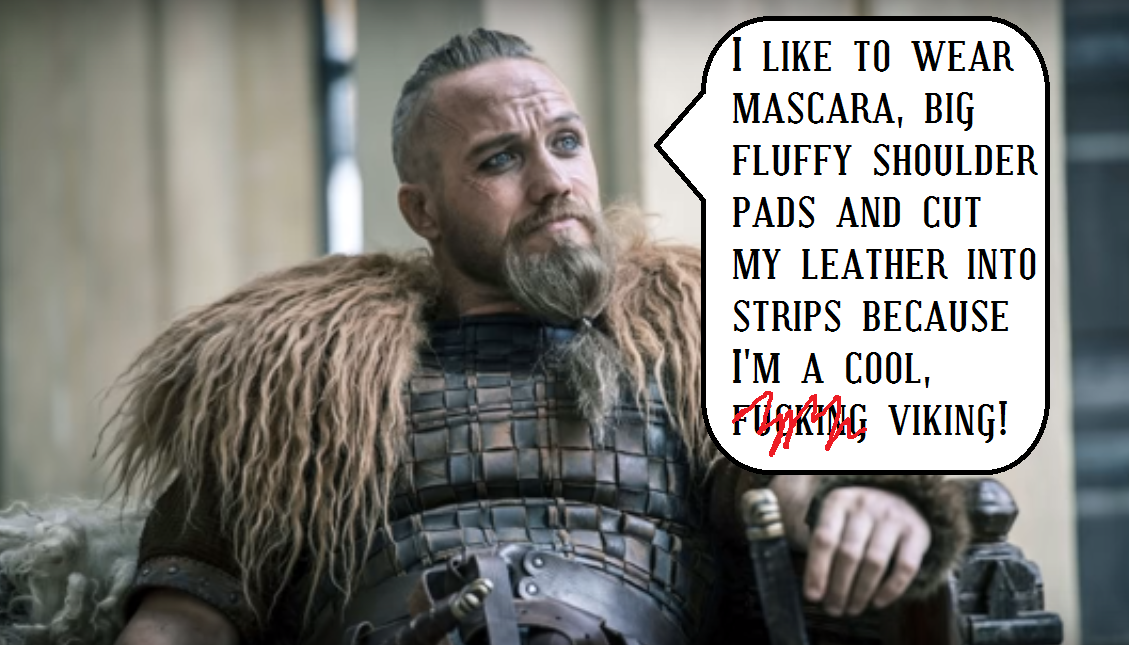 We know boiled leather was used for the first “cuirasses”, which were extremely hard like a shell and worn over chainmail and gambeson to absorb blunt impact. Leather was also used for finer things such as the inside of gauntlets, arming shoes, sheaths and straps for connecting overlapping plates. Also, the Romans had the lorica, but, with all that out of the way, the amount of leather armor you see in the TV show Vikings and some epic fantasy is rather ridiculous. Just think of how many horses, cows and goats would need to be slaughtered in order to equip a large army with cap-a-pie leather armor. And the leather shown above isn’t even hardened!

Deciding how much leather armor medieval warriors wore in real life is a great debate among historians, especially because the extant evidence reveals a much more sensible solution: textile armor like gambesons and padded jackets! The English were known as far as the Muslim world for their Opus Anglicanum, and they had many workshops that could churn out processed textiles very quickly, especially as they imported a lot of cheap linen in bulk. Making leather, on the other hand, was an arduous and expensive process in medieval times–still is today–and so to equip an entire army with leather armor would cost more and take more effort than to simply supply textile armor, which frankly works better than unboiled leather at defending against weapons because padding gives good shock-absorption.

The whole world knows now that Vikings didn’t wear horned helmets, but now you see things even worse in popular media like threaded leather armbands and big fluffy shoulder pads. Painted leather rerebraces and vambraces did exist, but Hollywood likes to paint them everywhere you look. Why not take it easy a bit, Hollywood? Chainmail armor, in my tastes, looks way better than most fictional leather armor designs, anyway. And if a Scandinavian pirate couldn’t afford chainmail, you might see them simply wearing textiles instead. Processed leather hides, however, were used in large quantities for coating the outside of Viking shields to prevent the wood from splitting. So to process hides for armor AND shield-coverings would take up more leather than what was freely available, one can speculate. I don’t know about you but I’d much rather have cows producing milk and horses producing other horses than some leather armbands, especially when a cheaper textile does a better job at protecting flesh than leather in the first place!

But as sons learned their father’s trade and got creative with things, and as horses died in battle and of natural causes, no materials were wasted. I bet some very strange and unique armor was occasionally made out of reeds, wood, shellfish and antlers. Before we move onto something even more strange, check out this video by Skallagrim talking about examples of when leather armor DID exist:

In epic fantasy the “bad guy” is always easily distinguishable by his black spiky armor. Well, in reality deciding who’s “good” and who’s “bad” is a philosophical question without a scientific answer, but we won’t get into that. We’re going to talk about why IT’S INCREDIBLY MORONIC TO PUT SPIKES ON YOUR ARMOR! There’s a very, very good reason why historical armor was smooth and rounded. Just think of a tank in WWII. Would you want your tank to have countless niches and pockets for exploding shells to catch on and cause more damage? Or would you want your tank to be smooth so shells have a greater chance of glancing off and deflecting? Well, these same questions could be asked for medieval and ancient armor when it comes to arrows and sword strikes.

Why let a sword catch onto a spike on your helmet when it could glance off? Maybe you want spikes on your helmet because you intend to disarm your opponent or do a charging tackle with them. But consider the fact that axes and bills–even the quillons of a sword–would be able to hook onto your spikes and use them against you. It might be cool in fantasy to tackle some guy and impale him with your helmet at the same time, until you realize he’s wearing armor, too, and now you’ve just entered a grappling match. Maybe you’re fine with that because grappling is your strongpoint. Well, all your spikes and pointy places have just become handles for your opponent to hold onto, which leaves you with a huge disadvantage.

Now don’t get my intent twisted here. I think fantasy armor looks pretty badass sometimes and I can see why it’s so popular. But with that said I’d much rather give myself the advantage by having smooth, rounded armor so arrows are more prone to glance off and such weapons as fauchards and guisarms aren’t so easy to snag me. After all, swords were only sidearms and more often than not you’d be facing up against many bizarre polearms, most of them having hooks. Hell, even some vouges, halberds and glaives had a small hooking element on their backside, and don’t even get me started about crows’ beaks! Too late…

One historical technique with a crow’s beak or poleaxe was to hook the back of the knee to trip the opponent. It’s already bad enough that historical plate armor has besagews, rondels and couters, because these are what can get hooked by weapons in a fight. So just imagine how fun it would be for enemies to try hooking you if you had a load of spikes all over your armor. You’d be screwed! To see for yourself how these hooking techniques were used in plate armor, check out this video by Pursuing the Knightly Arts, and don’t forget to subscribe to their YouTube channel!

Thanks for reading, and stay tuned for a similar post about fantasy weapons.

Top of the morning to you, chap!

7 thoughts on “Why Fantasy Armor is Unrealistic | Leather & Spikes Galore!”