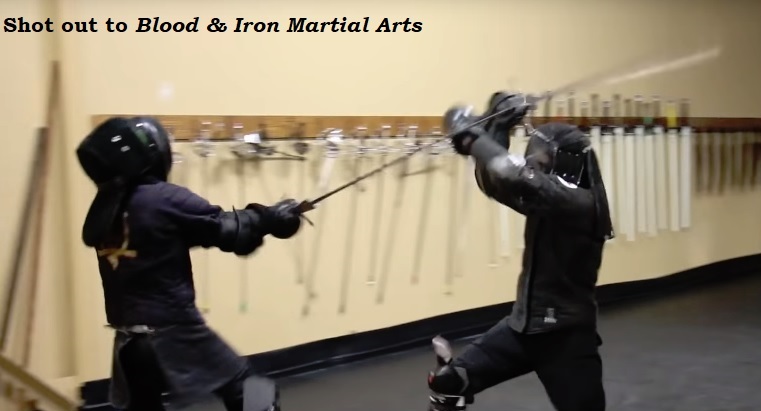 There’s a good reason why pedantic historians and enthusiastic students never cease to ask the question “why is the swordplay in ‘medieval’ Hollywood movies still based off of 19th-century sports fencing and to-the-minute choreography when we have HEMA (historical European martial arts) and HAMA (historical African martial arts) practitioners and theorists promulgating translated combat treatises from the Middle Ages across the internet for the world to see?”

Imagine life 1,000 years from now. The children of humankind are floating around in spaceships and people still believe that swords can stab through breastplates and all castles were just bare stone without paint!

To me this whole issue is more than just a problem of entertainment not being educational. This is a problem of humankind believing misconceptions about their own past. Although I focus solely on the medieval aspect of this, the problem doesn’t change for ancient, early modern, cultural and all other areas of our past where misconceptions dominate. I like to imagine what future A.I. will think, being a lot smarter than us, as it tries to understand our past. An A.I. or even an alien race who would like to learn more about our history wouldn’t make the error of depending on Hollywood movies, and neither should we, unless, of course, we can start to teach truth in movies. I’d like to do this because I honestly believe movies are one of the best mediums for conveying powerful meta-truths about what it is to be a human.

My brain quakes trying to understand why to this day we still don’t have a Hollywood movie that shows medieval sword fighting accurately. Now without mocking any movie that’s already been produced, let’s discuss what movies in the future will look like…

Assuming we all understand that comparing the 1990s to the 1970s is no different than comparing the 1430s to the 1450s, we must keep in mind that real medieval sword fights will look different as we switch from decade to decade and place to place. This is because comparing 14th-century Italian swordplay to 6th-century Irish swordplay is like comparing Trump to Neil deGrasse Tyson. Just to make this point ring for the masses, I would love to make YouTubers like Lindybeige, Scholagladiatoria and Shadiversity the directors of big-budget movies, baby. My hope would be that they would actually take the time to sit back and really consider what this godforsaken sword fight should look like, man.

Wondering if there’s a reason why I just spammed you with seemingly random YouTube videos? It’s because I’m really hoping you know what HEMA is as I attempt to describe what a real medieval sword fight might have really looked like. A lot of the techniques used in HEMA come from medieval manuscripts. Although we have this evidence to study, the majority of sword fights that took place in the Middles Ages were conducted by people who had never read these manuscripts. Despite its limits, HEMA as a sport gives us much insight into real medieval combat, and I’m so grateful for it. I’m also grateful for the other tools humankind has to look back at medieval sword fighting. My favorite one is imagination. More on that later. For now, just please understand that I will be using “HEMA” as a general term to represent what modern humankind has learned about medieval sword fighting by studying medieval manuscripts.

But forget that. Forget the sports and all the enthusiastic hype about HEMA. Now think like a historian who’s never heard of HEMA. A historian with a Masters in Medieval Studies from the 1970s. If a historian were to really take a look at these medieval manuscripts and use imagination to show us what medieval sword fights may have looked like, I would buy a ticket to whatever movies he produced. I haven’t been to the theaters in years.

A real medieval sword fight would NOT have:

A real medieval sword fight would DEFINITELY have:

Disclaimer: I’m an Amazon associate so if you shop through one of my referral links I’ll make a small commission at no extra cost to you.