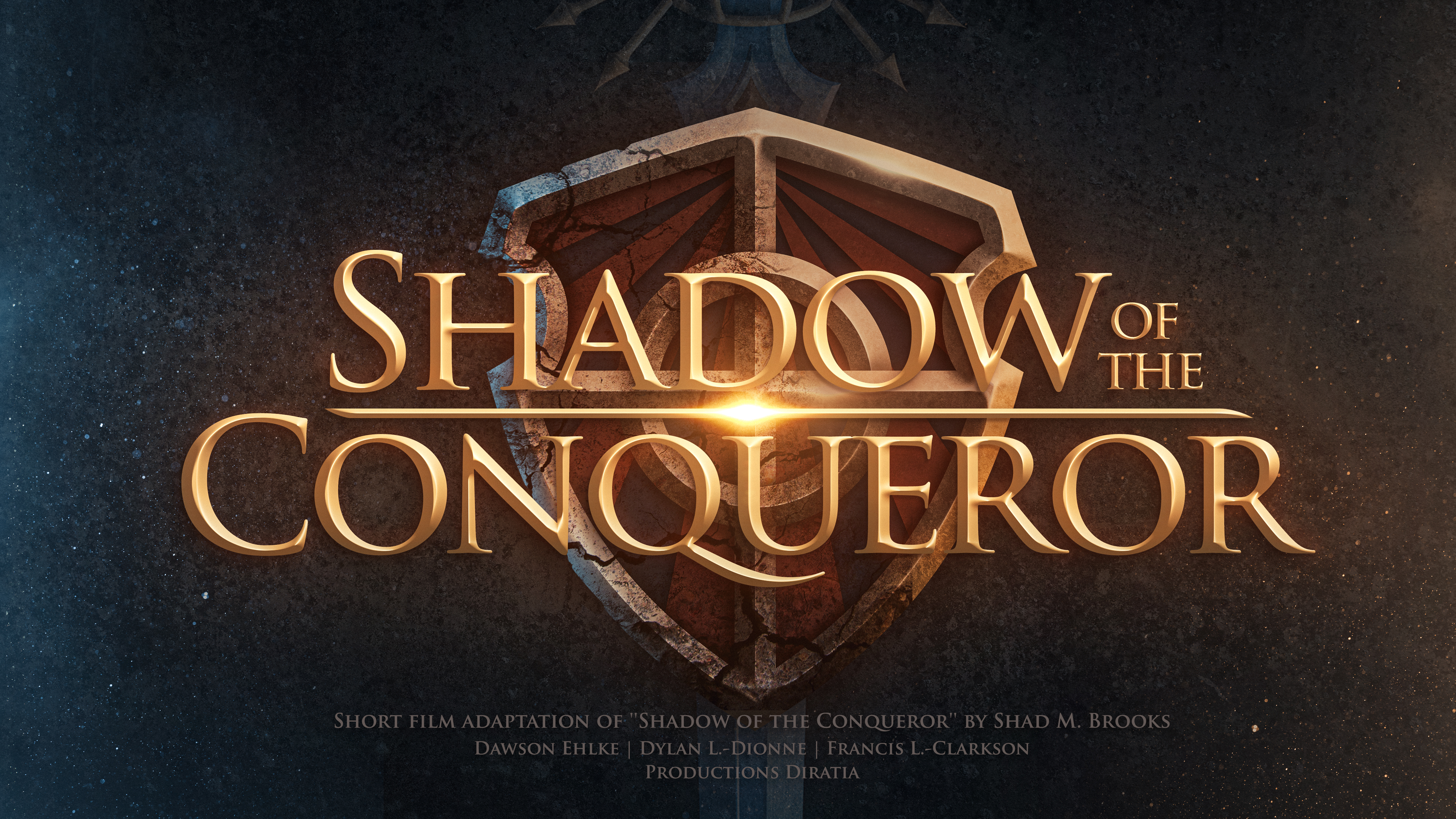 Shadiversity’s book becomes a movie! “Shadow of the Conqueror”

When I was asked by Alexandre at Productions Diratia to help spread the word about Shadiversity’s book becoming a short movie I was honored to accept because I’ve been watching Shad M. Brooks’ YouTube channel for three years now. I remember when it was just a small channel, but because of the amazing service Shad provides doing work similar to my own–debunking medieval misconceptions in popular fantasy for people who might not otherwise have the time to delve into medieval studies–there’s no doubt he deserves the massive following he celebrates today. Also, when I heard that Productions Diratia partnered with Adorea to make the fighting scenes in Shadow of the Conqueror more realistic and historically accurate, I felt obligated to share the news. This is what many people have been begging for: filmmakers taking the time to consider HEMA in movie sword-fighting choreography!

Below you will find the official press release announcing what may become one of the best fantasy short films ever made! At the end is a link to the Kickstarter campaign where you can get more information about the project. I can’t wait!

“Productions Diratia is launching a Kickstarter campaign to produce a screen adaptation of Shad M. Brooks’ fantasy novel Shadow of the Conqueror: The Chronicles of Everfall, released in 2019. The book tells the unique story of Daylen Namaran, previously a ruthless ruler, who is forced to face the world that he tortured and attempts to make amends in Everfall, a place of perpetual day and floating continents in an endless sky.

It all started a few months ago when the CEO, Dylan L-Dionne, seized an opportunity to pitch his idea to the author, Shad M. Brooks. It didn’t take long for him to agree that this fan-made adaptation would honor the universe he created.

Since then, Dylan has assembled a talented team of fans from around the world. Notably, a partnership was secured with Adorea, a professional team from the Czech Republic, specializing in sword fighting and historical European martial arts (HEMA), who will act as an historical consultant for the swordfights’ choreography. Furthermore, the main character’s Imperious sword will be made by Calimacil, a manufacturer well-known for their highly detailed and realistic foam weapons, who’s previous work includes official replicas of Bungie’s Destiny weapons.

Following the casting announcement, Productions Diratia received an overwhelming response, with 400+ audition requests from actors from around the globe. The lead role eventually went to Dawson, a talented actor from Minnesota.

About the film, Shad M. Brooks himself says, “I don’t think I was prepared for how good this was. Particularly the actor playing Daylen in the more heated emotional parts. It really got to me. They delivered those lines incredibly. The actor for Daylen is spot on with his look, voice, and intense expression.”

With their initial goal of $65,000, they intend to adapt select scenes of the book into a 15-minute short film. However, with an ever growing fanbase, dubbed “Everfans’’, and no shortage of ambitions, the team is confident that they will exceed this goal:

“This is but the first step in a long journey together towards the motion picture Universe of Everfall. As a backer, you are part of our team and we want you involved in the production “—Dylan L-Dionne, Producer.

To show your support, please visit their Kickstarter: https://www.kickstarter.com/projects/productionsdiratia/shadow-of-the-conqueror

Processing…
Success! You're on the list.
Whoops! There was an error and we couldn't process your subscription. Please reload the page and try again.
Advertisements