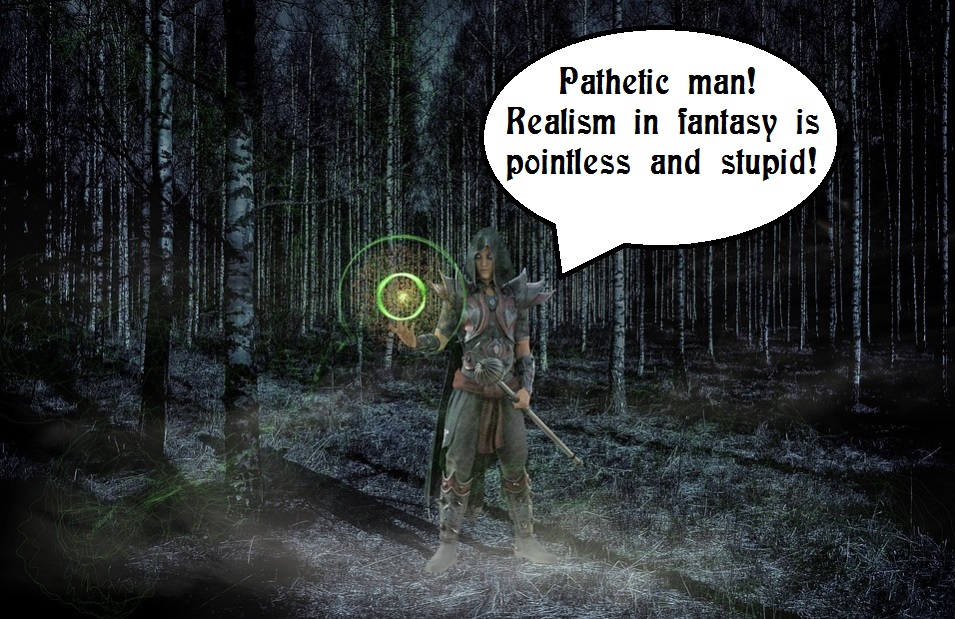 Can the Fantasy Wizard Trope Be Realistic?

It’s rather obvious that the classic fantasy wizard trope isn’t realistic, but YES, if done properly, a wizard can be realistic, especially in a story reflecting the Early Middle Ages, a time also known as the Dark Ages, during and after the steady decline of the Roman Empire. How so?

Nearly every fantasy trope has a seed of history within it, and as for the generic wizard, the trope comes from the druid, a rather ancient word. The word wizard wasn’t used until the 15th century, at the end of the medieval period, and simply meant “wise man.” Some consider John Dee to be the model of the modern wizard trope. Much earlier, however, “druid” was a word used by the Romans when they encountered strange wise men in Celtic lands, especially Ireland, though these wise men were believed by the Celts to have supernatural powers.

To give you a picture of what a historical druid was like, and how this role in culture is the seed of our wizard, I’ll anon give you several quotes from The Táin, translated by Mary A. Hutton, which is a medieval Irish legend containing many druids.

But what is a wizard done properly?

If you wish to have as much historical ground in your fantasy story as possible, to do a wizard properly would be to emulate the druid and forget the generic wizard. We all know what a generic wizard looks like. Since druids were typically older men, it’s quite possible they, too, had very large beards, but you can throw away the purple star-mottled cape and hat (although Zarathustra the founder of Zoroastrianism is believed to have worn a cloak covered in stars and planets, which is where the trope may come from. If not, it’s definitely an Eastern influence). Some historically-accurate clothing would be the layna and brat, clothing worn by men in early medieval Ireland.

Now forgetting accouterments, it’s quite surprising to see how similar a role the druid plays in a legend like The Táin to wizards in most epic fantasy novels. Here’s an example: “Unto him, Shenca, the truly-prudent one, said then: ‘Trouble the woman not; but let her now be led to Cathbad, the good marvellous Druid; for ’tis with him that there is knowledge (p. 44).'”

This scene reminds me of a moment in a fantasy story when the protagonist must seek some great wizard for aid. In this particular case, Cathbad, our druid, uses his powers to tell what the future will hold for the baby in the bosom of this worried woman: “‘Beneath thy breast there cried a yellow-haired bright maiden, with long shining waving hair. High heroes strongly will contend for her. Noble high-kings will deeply long for her (p. 44).'”

Although this may be an epic legend, we know for a fact that these druids did exist. Their magic abilities of course can be questioned, but their role in Celtic culture is studiable. It’s not farfetched to say that a scene like this where a troubled woman goes off to seek the aid of a druid actually happened on occasion.

But when is a wizard NOT realistic?

Although the wizard will always have a historical seed no matter how outrageous he is, a historical seed doesn’t quite equate to realism when the wizard goes beyond the threshold of what a druid was believed to be capable of doing. We all know that the classic “witch” has roots in history, so just think of how realistic a witch would be if she completely ignored her role in history and became the broom-riding goddess of fire and lightning she is today. Historical witches were known to shape-shift and make strange potions, but modern creative reinvention has given us a different picture. So to conclude I’ll say that a wizard who can shoot beams of fire and cast down raining arrows from the clouds is pushing the line … a lot!

It’s easy to say that anything that has magic isn’t realistic, but the truth is that many people in medieval times believed in magic and other fantastical things. In our case it’s realistic for the druid to attempt to predict the future even though he could very well be wrong. Throughout history there’s been much more bizarre supernatural things attempted. Just look at exorcism in early Christianity for example. We might be able to call exorcism unrealistic, but we can’t deny that it took place in the real world. Likewise magic isn’t realistic, but it’s always possible to write of magic in a realistic way.

Stay tuned for more on topics like this. Thanks for reading and I hope you fare well in this magical world of witches and druids!