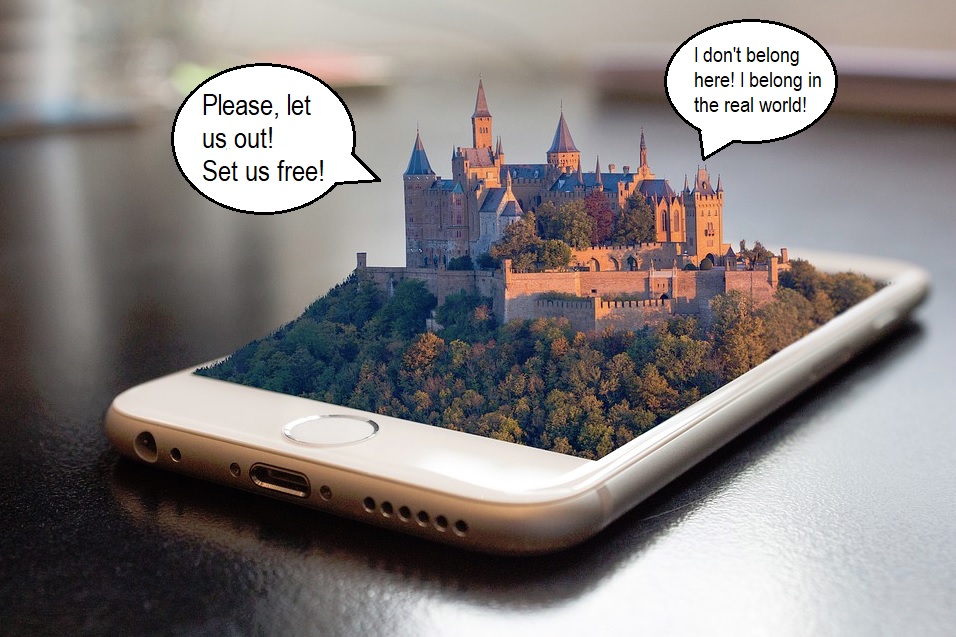 The Middle Ages faded away. Medieval times ended. That’s what the world can tell us if we want it to. But how would these statements change if we chose to focus on something specific in the corpus of Medieval Studies? Every time you wander down the street and see a church you can recline your head and wonder what such a sight meant to a medieval person. Aye, medieval people are gone, but have their things and ideas left us?

Shining brilliantly to answer this question are the arms and armor seen in such sports as Battle of the Nations. Students of historical European martial arts are studying contemporary sources like 15th-C Talhoffer to recreate medieval swordplay. Elsewhere, the Middle Ages resonates in all mediums—video games, movies, music, books, architecture, painting—but could it contribute more to our society if we wanted it to? Many “medieval things” in popular media have been reshaped and rewired by creative writers and popular opinion, losing heaps of authenticity. For example, the “medieval-esque” can be watched in anime or cartoons. Are these reshaped forms of medieval things contributing to modern cultures and identities, too? Would an anime or cartoon striving to be realistic and historically accurate contribute more?

I’m a curious case for moderating this discussion because being a medieval fantasy author is a big part of my identity. I appreciate realism and historical accuracy in my entertainment because they increase the potential for me to learn. With a still mind, I can study the medieval in a grain of sand, wondering where in the world it existed during the Middle Ages. To see where the medieval resonates in one’s consciousness, one must goad their thoughts to dig deeper into themselves to unmask it all. With layers of identity now unpacked and examined, choose to think of ones directly linked to the Middle Ages specifically. Or let me try.

I grew up with little knowledge of where my family came from. I believe I’m Canadian, but I’m also aware that my forefathers once lived somewhere in medieval Europe, maybe England or France. Therefore, I feel a close tie to Europeans in general. There’s a slight chance my forefathers were bannerets blazoning armorial achievements, but there’s a higher chance they were cottars or yeomen blazoning bad teeth. These vague assumptions are non-critical in defining my identity, but they do play a small part in the way I perceive myself existentially. If I were to take a DNA test and learn exactly who my medieval forefathers were, there’s a good chance my perception of myself would shift. If you suddenly knew your medieval forefathers were Florentine bankers, Moslem ghazi or Japanese samurai, would your identity be impacted? If you’re a descendant of King Clovis, it wouldn’t be unreasonable, I think, to tell people that this is why you’re so good at politics.

Your identity and the outer world are in tandem, tugging on each other to shape the perception you hold of yourself. This means that your identity shifts as you steer your focus and concentration on different aspects of the outer world. Compare an American who collects guns and trucks and plays in the NFL to an American who collects books and swords and plays in Swordfish longsword tournaments; now quickly forgetting titular identities, do you think this difference of interest plays a role in their national and cultural identities? Without knowledge of medieval history, you might wonder how France became France and how Spain became Spain. If you know you’re Italian, you might read the works of the stilnovisti and fetch a sense of campanilismo. If you with purpose and intent decide to tackle Medieval Studies even further to shape your identity as much as you can, you would be proving that, no, the things and ideas of medieval people have not left us, and, yes, historical accuracy (or Medieval Studies) does contribute more to shaping identities than rewired forms of “medieval stuff” in popular media.

Medieval Studies is hyper relevant in the present. Our entertainment, careers and notions of identity are greatly impacted by knowledge of medieval times. Despite such things as the Justinian Code having profound impact on our jurisprudence, there’s still potential however for Medieval Studies to play a much larger role in our daily lives. We rely on medieval historians for academic study while also relying on the creative reinvention of medieval stuff for entertainment. If Medieval Studies suddenly disappeared, voyages into the real medieval past would no longer be made and we might be living on Mars still believing many medieval misconceptions from popular media. Without Medieval Studies ever existing as a field, people looking for medieval things today would have no other sources besides fresh interpretations, possible misconceptions and amateur suggestions. Like the scientist who invented a cure, the plumber who assured hygiene in countless homes, the medievalist who discovered something about the Middle Ages, too, should be praised for contributing to society. Without students and professors of Medieval Studies, society and our identities would not be the same.

One thought on “Is Medieval Studies Relevant?”