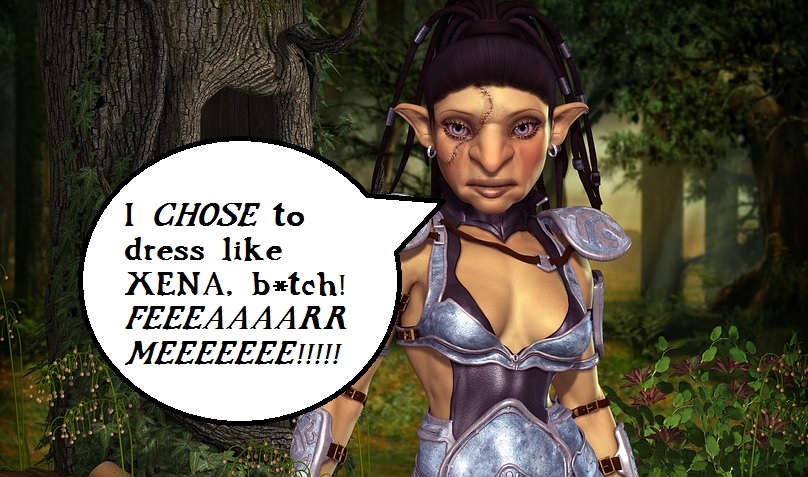 How NOT to Hold a Longsword, Bastard Sword or any Two-handed Sword

While reading this please keep in mind I am still an amateur and would only like to show an entry-level view into the 4 universal sword stances. And now that I look at this again a year later, I can see that the placement of my feet and my posture are erroneous. My feet should not be in a straight line because that causes bad balance. If you’re also upgrading from a plastic toy then check out these real swords for sale on Amazon after you learn how to hold them properly. Now time to learn from my mistakes.

HEY, I’M ONLY JUDGING MYSELF HERE…

The plow, the ox, the roof and the fool are real sword stances from medieval treatises and historical manuals (check out the famous Solothurner Fechtbuch) and are still used by HEMA students today. These four sword positions are also similar to the basic stances used by samurai in different periods. There are many, and some would say an unlimited number of stances a swordsman can hold, especially if you do LARP or Hollywood choreography (lmao), but these four guards below are the universal, historical ones, and I believe understanding them can empower any novice sword owner. Now I will briefly explain their uses and applications from an outright amateur’s perspective. 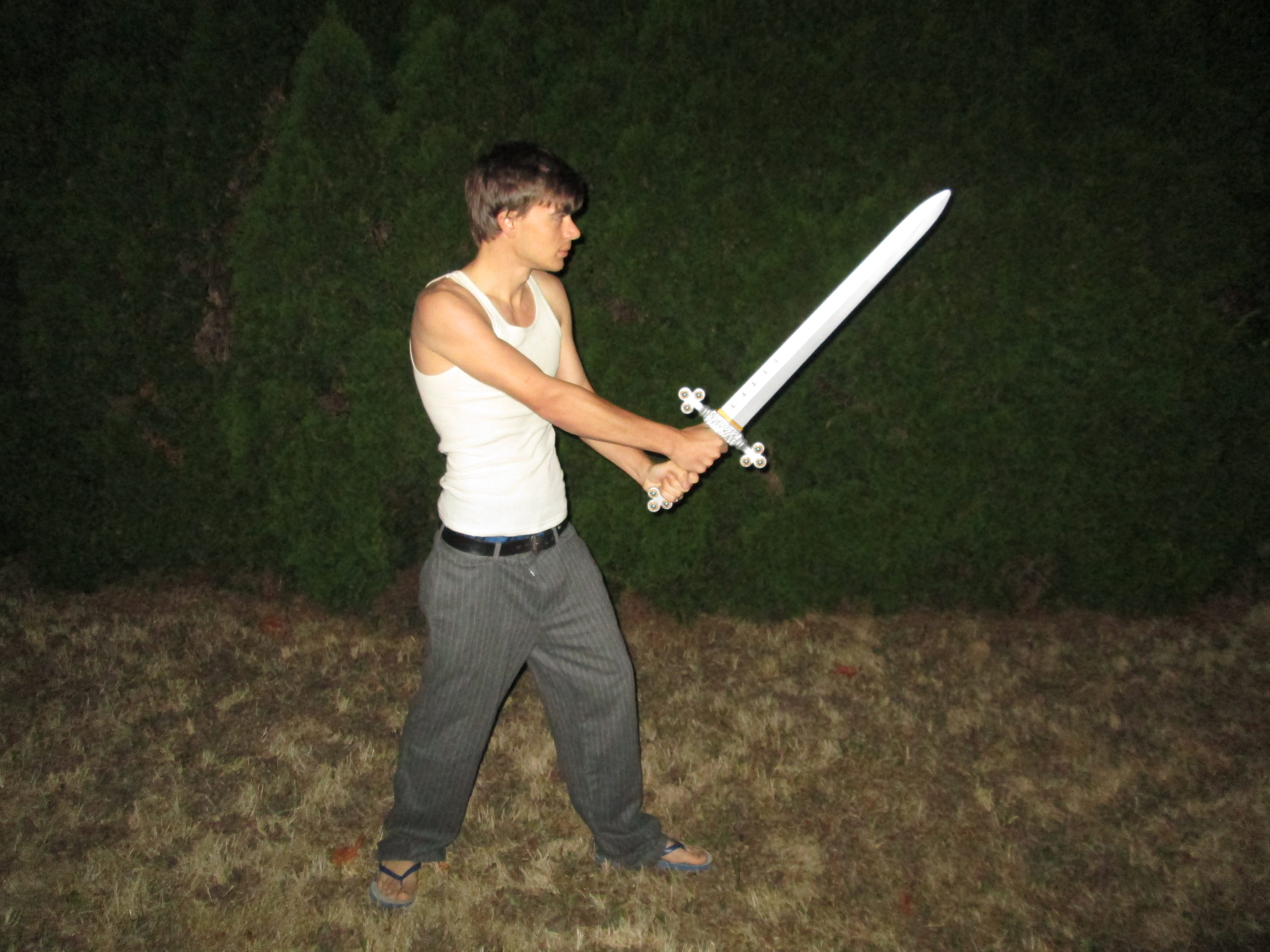 The plow is the most common guard because it is the most defensive. With this stance, it is much easier to parry or rebut an attack compared to the other three guards. An advantage of this guard is that you can attack without moving your arms; simply walk forward. This stance also serves well for immediate binding and winding, allowing the ease of counterattacks or ripostes. 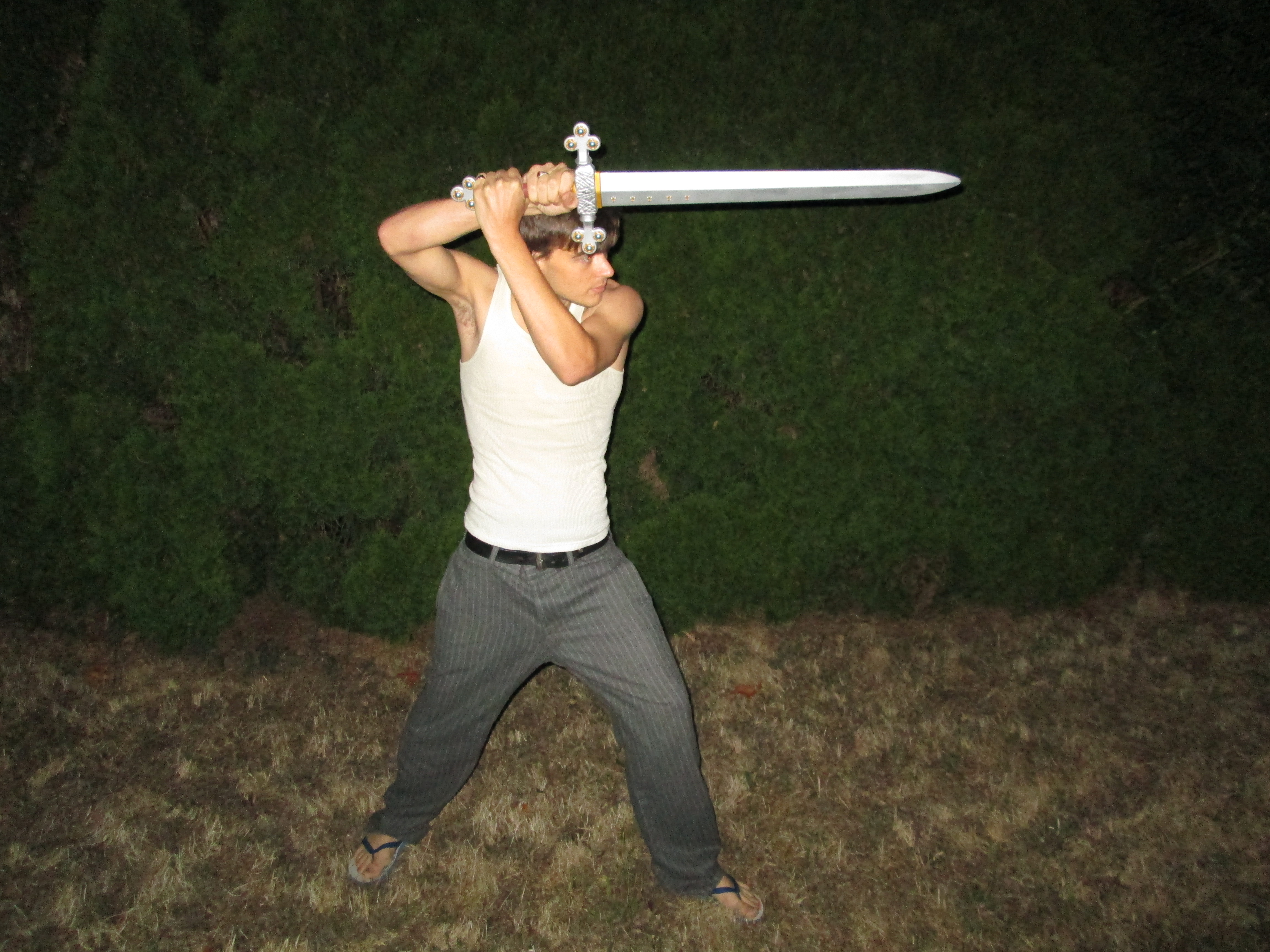 This is the ox! Can you see why? Now you can probably also see why it would be slightly harder to parry or block certain low attacks from this stance. Like always, a trained swordsman could easily see your attack options, but here you’re also set up nicely for squinting cut. Also, this can be a very intimidating stance for some, and so a peasant with a messer may just run away from you. 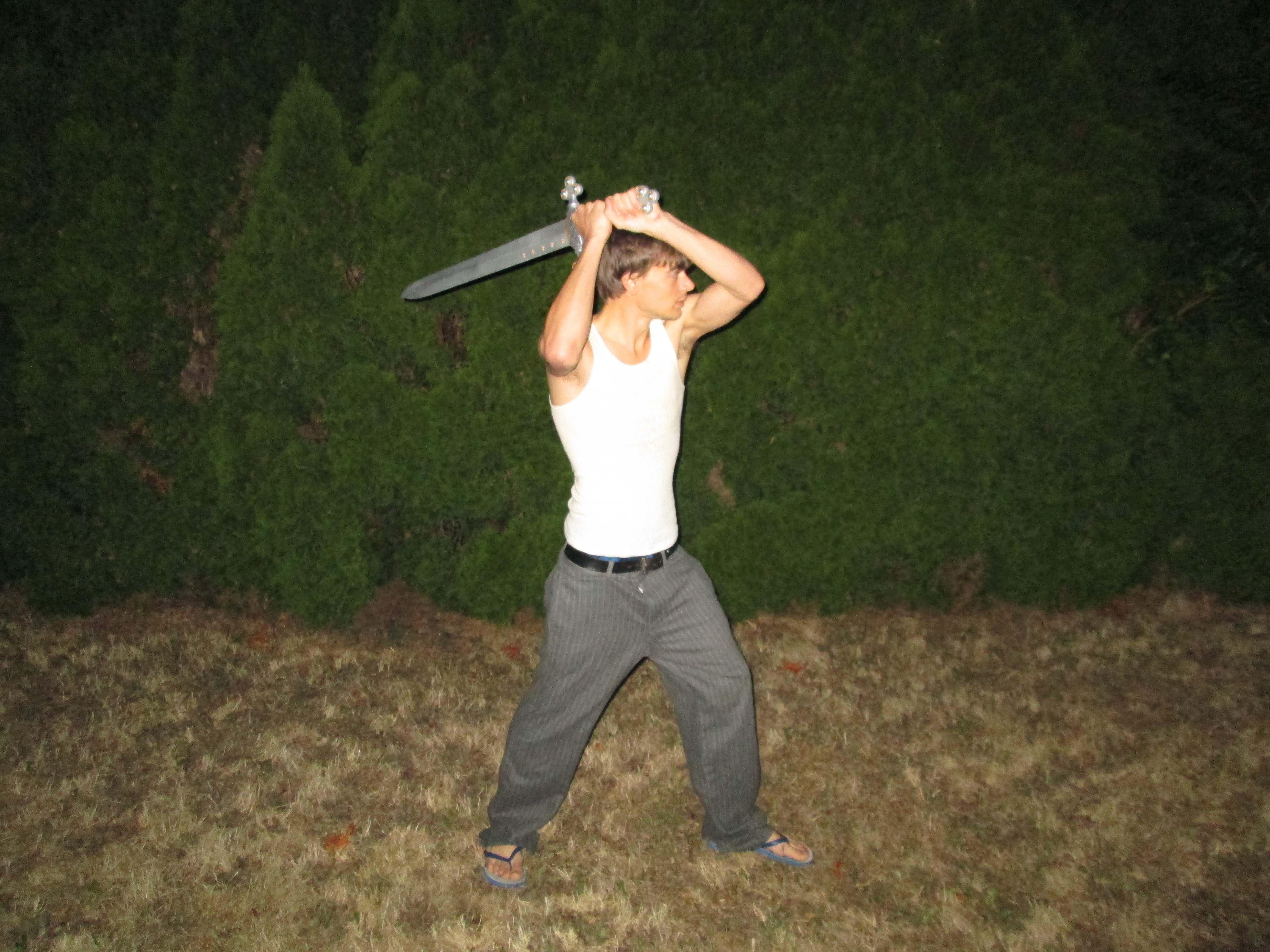 Lol, my knees should be way more bent and I have no idea what I’m doing! Some fencers would say my elbows are out of place and the angle of my sword is all wrong, but the main purpose of this pose is to enable the most deadly chop or downcut your muscles can supply. The disadvantages of the roof are clear. To parry something like a rapier with this guard would be near to impossible. The roof should be used sparingly. It would be a good guard for civilian control or tight formations (so long as no one is right behind you!) because you don’t have to swing side to side in order to chop, slice or cut someone in front of you. 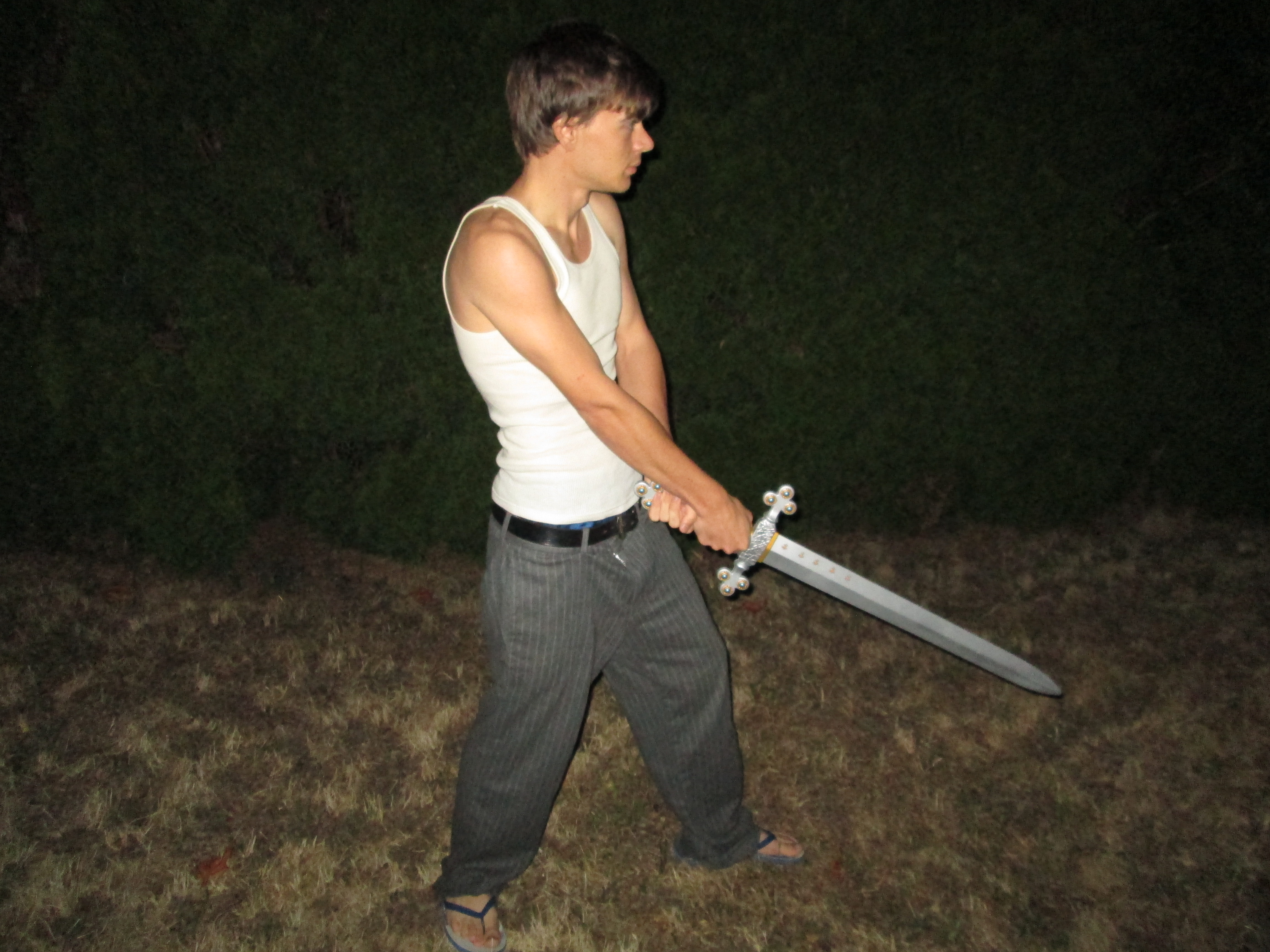 It’s easy to see why they’d name this the fool, but you’d be surprised to know this guard is actually the one with the most options. Not only is it ready for parrying, my opponent has no idea what I’m about to do next. If your quick, one feint could spook an opponent and give you just enough time to deliver that coup de grace. Many novices hold their swords like this as if it’s an instinct or something. I think this pose is great because depending on your facial expression, it could either be nonchalant, a prideful insult to a foe’s skills, or just a plain old “I don’t know what the hell I’m doing (because I really didn’t)!”

PS. I think a lot of HEMAists are ashamed to admit that you can learn some cool techniques playing LARP.

3 thoughts on “How NOT to Hold a Longsword, Bastard Sword or any Two-handed Sword”